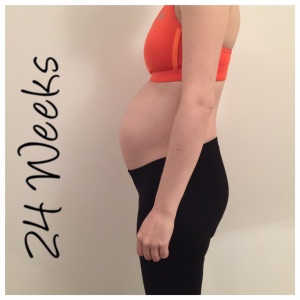 Last weekend was, and at the same time, wasn’t very eventful. I myself didn’t do too much, however H was out all day Saturday at Ascot with the boys and was due to stay out for the night so I was looking forward to getting the bed to myself! However at 11pm I looked at my phone to find 2 missed calls from H and two texts telling me he was so drunk and needed me to pick him up…from Windsor (a good 40 minutes away). So my Saturday night then consisted of a 2 hour round trip to Windsor and back to retrieve my very drunk boyfriend! By the time we got home it was gone 1am so I was rather angry and tired!

The next day H didn’t get up all day until the evening when he finally felt well enough to come in the car with me to go and pick up his own car that was left in Uxbridge. I was so tired after the previous night I cried! Although the next day he bought me a whole entire cake to say sorry (I will be obese by the time I have this baby).

The rest of this week has been really busy at work and I spent a lot of it in London which did nothing for my tiredness or my back, I could barely walk on Wednesday. So much so that I have now resorted to driving to and from the train station which I would usually take the 10-15 minute walk to. I dread to think how I’ll be another few months from now! I also didn’t make it to Pilates again this week due to just being so tired.

I also had my 24 week midwife appointment this week and everything was all well and good. My bump measured exactly 24cm. The midwife told me it should be 2cm either side of the amount of weeks you are so it’s good to know I’m bang on target! I also heard the heartbeat which was very strong this time and between 151 and 158bpm – a lot faster than the 135bpm at my 16 week appointment!

Towards the end of the week I managed to have some of the best night’s sleep I’ve had in a long time and felt so much better for it. Baby is starting to get into a pattern of when it’s awake/moving and asleep now which the midwife said to keep track of in case anything changes. It seems that he/she wakes up about 7.30am and is active until about 9am then wakes again around lunch time for an hour or so and then again at about 7pm until I go to sleep about 10pm. Strangely I feel like it becomes more active on a Friday and over the weekend though, it must know!