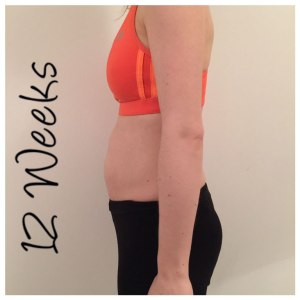 It’s here! I survived the first trimester and i’m into the second but I have to admit it has been the longest few months ever trying to keep it a secret! I’m also starting to get a tiny little bump now. I have decided to tell work this week too as I will be needing some time off for the second scan next week. I was really nervous and having sleepless nights, mainly because I didn’t know what the reaction would be or how I would go about telling my manager. However we went for a coffee and I told her and she was amazing and really supportive and excited which was a weight off my shoulders. I also then received a lovely email from the boss which made me cry… hormones!

We agreed that I would tell the team this week too so I announced it at the end of a team meeting and everyone was very excited!

I also started my first ante natal pilates this week, it was so much fun and great to meet lots of other pregnant mums-to-be so i’ll definitely be going back.